"Art of the Wild"

Exhibition Date: 23 May to 6 June 2008 Reception on Friday 23rd May 6:30pm with artist present www.bjcagallery.com 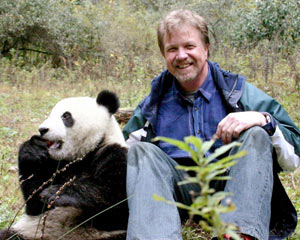 Steve Morvell is a highly acclaimed environmental artist, dedicated to raising awareness of the beauty and fragility of wildlife. He shows clearly that art is a powerful tool when used for conservation and understanding of mankind's relationship to the natural world. Steve spends long hours observing animals in their natural habitat to be able to capture the spirit of the bush. He carefully selects the most dynamic medium for each idea resulting in his reputation as an innovator in the field of wildlife art with his pastel and charcoal paintings, pencil drawing, brushed carbon ink, pen, watercolour, acrylic and even enamels and bronze work on a large outdoor scale.

Steve supports many organizations including The Australian Koala Foundation, the Wilderness Society and Conservation Volunteers Australia. He was recently recognized as the monthly winner of the "Conservation Artist of the Year Award" by the World Nature Artists Group and is three times winner of the Wildlife Art Society of Australia's highest honour of Best Exhibit and Gold Medal at their annual showing. . . His art has been widely featured through Television and radio including an ABC Wildscreen documentary. He has also featured in books including 'Fifty Australian Artists', 'Who's Who of Australian Visual Artists', in many magazines and on Australian Postage Stamps. His was the first wildlife art ever to be featured in 'Australian Artist' magazine where he appeared as the cover artist back in 1987.