Construction of Terminal 3 started on March 28, 2004 and was opened on February 29, 2008, becoming fully operational on March 26, 2008, when Air China, Shanghai Airlines, other Star Alliance members, and other international airlines moved in. 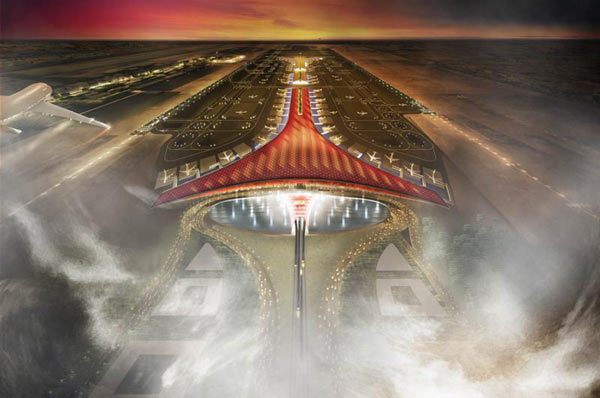 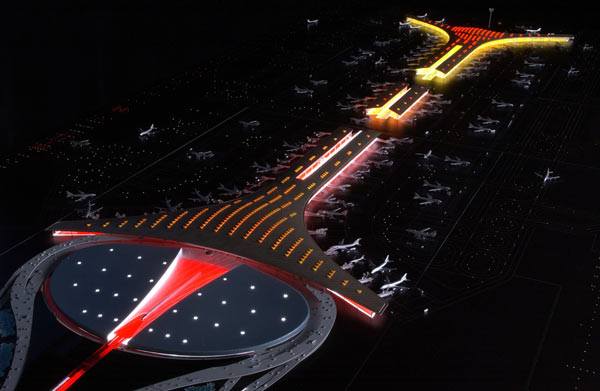 The iconic terminal building is intended to be one of the most modern and passenger friendly super-hub facilities in the world, with clear and intuitive layouts, minimal changes of level, and fast transfer times.

It was designed by a consortium of NACO, Netherlands Airport Consultants B.V., UK Architect Foster and Partners and ARUP. The budget of the expansion is US$3.5 billion.

Far grander in size and scale than the existing terminals, it is the largest airport terminal building complex built in a single phase with 986,000 sq. meters in total floor area. It features a main passenger terminal (Terminal 3C), two satellite concourses (Terminal 3D and Terminal 3E) and five floors above ground and two underground.

The addition of Terminal 3 will provide what is already China's busiest airport with the extra capacity to support the Games, and allow it to service up to 90 million passengers annually by 2012.

Terminal 3 will also be one of the world's more environmentally sustainable airport buildings, and has been designed to accommodate Beijing's cold winters, hot summers, short autumn and spring seasons. The terminal roof incorporates south-east orientated skylights which enable the sun to warm the building on winter mornings, and make the most of available daylight during normal operational times. This gives dramatic reductions in the amount of energy needed for both heating and cooling. 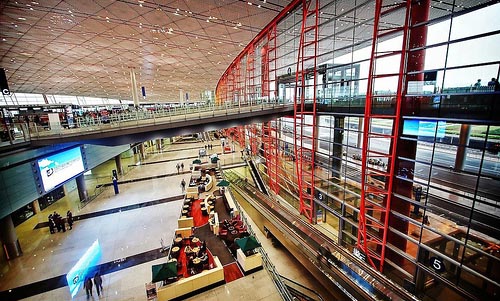