Beijing is considered a very safe city compared with many other major cities in the world. Serious crimes against foreigners are rare, and common sense precautious can keep you safe and sound. Foreigners may experience whistles or calls, but curiosity, not aggression, is the sentiment behind this! Petty crimes such as pick pocketing and purse snatching occur more frequently, but you can take steps to avoid begin being an easy target. Be particularly alert in crowned places such as train stations, public transport, shopping areas, tourist destinations and parks. 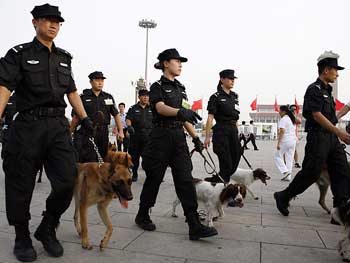 For emergencies or serious crime, call 110. For lost and stolen articles, contact Beijing Municipal Public Security Bureau (84020101, English service) and your insurance company. Most insurance companies require you to file a record of your loss with the appropriate authorities within 24 hours of the loss being discovered. If you lose your passport you will need to contact both your embassy and the Exit and Entry Management Section of the Public Security Bureau. Always get a receipt when taking a taxi, which will allow you or a Chinese-speaking friend to contact the taxi company directly if you leave something behind. Prompt action allows the company to call the driver, making the return of your things much more likely.

In Beijing 110 is the emergency number equivalent to 911 in the US. You can dial this number free from any cell phone or pay phone in Beijing. Calmly ask for service in English and speak slowly and deliberately when transferred to an English-speaking officer. Be prepared to provide details on your location, why you’re calling, your name and any other requested information. Remain where you are after you call, unless unsafe to do so. If you change your location, contact 110 again when possible with updated information. Leave things as they are at any crime scene to keep evident intact.