Buddhism, Christianity, Islam, Taoism…religion in Beijing is as diverse as its architecture; temples, churches, mosques and synagogues are all present. Call in advance to inquire if there is English-languages service. 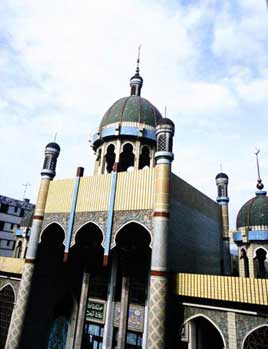 Beijing's over 40 mosques are testament to the substantial population of Muslims in China. Having arrived through trade links with Persia during the Tang and Song dynasties (618-1279), Islam became a fully accepted religion during the Yuan Dynasty (1271-1368). Today, the Xinjiang Uygur Autonomous Region is still home to the greatest number of Muslims in China.

Originally built in 1356 and rebuilt in 1447 by a general, it is home to the Beijing Branch of the Chinese Islamic Association. The Mosque's library preserves the oldest manuscript of the Koran. Non-Muslims are not allowed to attend services.

Records have Christianity first setting foot on Chinese soil in the 7th century, but it was later, with the arrival of the Jesuits in the 1670s and of the first protestant missionaries in 1807, that it really had an impact. Christianity was made legal by the Qing government following the Opium War (1840-42). Since the establishment of the People's Republic of China in 1949, it has become a fully accepted and widely practiced religion. Today there are approximately four million Catholics and 10 million Protestants in China. 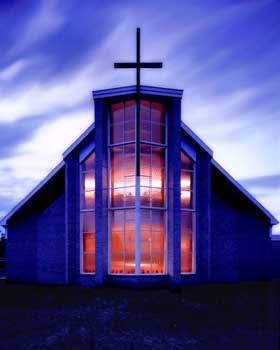 Formally known as the Bible Society, this Western-style church was established in 1922 by the American Protestant Church. Service in Korean is available on Sundays 2pm-3.30pm. The rest is all in Chinese.

Now the largest home of Protestant worship in Beijing, it was known as Asbury Church when it was established in 1870. As the first church set up by the American Methodist Church in north China, and still enjoying a high level of prestige, it combines style, architecture and rich culture. Services in Chinese but with interpretation into English.

A small church with simultaneous meetings on three floors, this church is not short of worshippers. An in-house video system makes sure that everyone can see what’s going on. Services on Chinese only.

Formally called St. Joseph's, it may rank second in terms of importance among Beijing's Catholic churches, but it leads the way as a photo backdrop first for wedding pictures and tourist snaps. Built in 1655 and used as a residence for two foreign abbots in the mid-1600s, the church was renovated in 2000. Services in Chinese and Latin.

It’s hard to think of a church established in 1723 as young, but this Catholic church is junior to its sisters to the north, south and east. Renovated in 1912 and featuring gothic arched and ornate pillars, the church is simultaneously somber and graceful. Service in Chinese only.

Also known as the Cathedral of the Immaculate Conception, the oldest Catholic Church in Beijing was established in the 16th century. It was then home to the Italian missionary Matteo Ricci. Services in Latin, Chinese and English.

With gothic style clearly evident on its blue and white façade that is reminiscent of Rheims Cathedral in France, this church was first completed in 1703 and was moved to Xishiku in 1886. Arguably this is one of the most beautiful houses of worship in Beijing. Services in Chinese.

Another gothic style Catholic Church, St. Michael's was constructed in 1901 in a special zone then reserved for foreigners. Three main spires and ornate and delicate décor add to the ambiance and beauty of the architecture. Service in Chinese and Korean.