Friendly, warm and pretty informal, Chinese people are usually easy to deal with. Sometimes though, cultural differences can give rise to difficulties. Keep in mind these taboos of which foreigners may be unaware:

1 If you need to use a toothpick after eating, cover your month with your other hand. Chinese people think it's gross and impolite to reveal this activity to others.

2 Most Chinese are very conservative and don't go in for hugging, so stick to shaking hands when greeting to avoid giving offence.

3 Don't tap your chopsticks on your bowl; not only is it an impolite sign of impatience, beggars do this in the street to attract attention.

4 Don't plant your chopsticks into your rice bowl pointing straight upward, unless you want your fellow diners to think you wish them dead. Why? Because pairs of incense sticks are placed like this next to graves.

5 Try not to let the spout of the teapot face anyone. It's considered impolite to do this, so remember to point it toward an empty spot, or toward yourself.

6 The Chinese word "钟" (clock) has the same pronunciation as the word for "death"; so don't ever give a Chinese a clock, even if it's a really nice one.

7 In china, "green hat" often refers to a man whose wife is cheating on him. In the unlikely event of you wanting to give your Chinese friend a hat, steer clear of green.

8 Don't offer to share your pear. "分梨" (share pear) sounds the same as "分离" (parting), a sad occurrence to be avoided as much as possible.

9 The Chinese word for "8" (ba) sounds similar to a word for "4" (si) shares the same sound as death. This is why people are willing to pay more for cell phone numbers and auto plates containing a lot of 8s and why most residential buildings don't have a fourth 0r 14th floor. 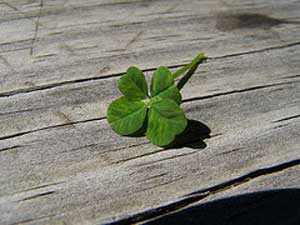