下载安装Flash播放器
China's banking services and facilities are improving, but they are probably unlike what you are used to. Patience will go a long way to get what you need to accomplish. In some places you'll need to stand in line; in others you take a number and wait to be called. Expect only limited services in English. 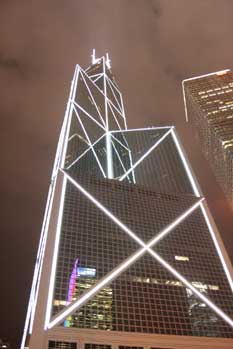 As a WTO member, China fully opened its banking sector to foreign competition on December 11, 2006. This will mean better service and more diverse products.

Bank hotlines (in Chinese and English)

Only the Bank of China (中国银行), several outlets of which can be found at the Capital International Airport, can convert all of them. The highest amount one can cash out per day is USD 5,000. But it is better to do so in small amounts, so as to avoid having to convert any RMB back to your original currency. When converting foreign currency into RMB at an authorized location, they will give you an exchange slip, which you should keep safe as you'll have to show it should you change your RMB back to foreign currency. Many large hotels are also approved for currency exchange, but the service is often reserved for guests. Passport identification is compulsory for all currency conversions, so be sure to bring it with you.

Traveler's checks are now accepted at most Chinese banks, and foreign exchange desks in hotels and some department stores. It is a much easier and safer way than carrying a lot of cash, though 0.75% commission is payable on checks. But it is still a good idea to have some cash for emergencies.

Credit cards are not as universally accepted in China as in the West. Major foreign credit cards likely to be accepted here are MasterCard, Visa, American Express, JCB and Diners. They can be used at most star hotels and some department stores. Paying by foreign credit card may entail a 4% service fee. Making cash withdrawal from a credit card is usually done in the form of a "cash advance", which can be particularly expensive, depending on your bank's policy and how long you take to repay the "advance". American Express cars members can cash personal checks for USD 2,000-3,000 over a 21-day period at CITIC Bank (Room 2313-14, Tower 1, China World Trade Centre, No. 1 Jianguomenwai Dajie, 86-10-65052838, 建国门外大街1号国贸大厦1座 2313-14室)。Visa card members can withdrawal money up to a daily limit if RMB 3,000 at Bank of China and HSBC branches.

Beijing is quite an ATM-friendly city. Almost all banks have ATMs and many accept main foreign credit cards and bankcards connected to Cirrus, Plus, Amex, Visa and Master Card. Check the logos posted at the ATM to see if it will accept your card. The top daily limit on withdrawals ranges RMB 3,000-5,000. Transaction fees will be deducted by your bank according to its exchange rate and policy prevailing at the time of transaction. If an ATM says that your transaction has been declined and asks you to contact your bank, this often means that the international network is unavailable. You should try an ATM from another bank, or return the next day. Note that no matter which country/currency is associated with your ATM or credit card, the amount requested and withdrawn will be in RMB.