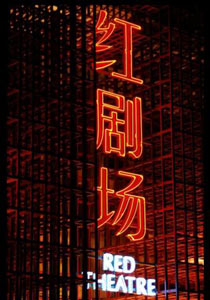 The introduction of "Kungfu Legend":

Since the past tens of thousands of years, on the broad mainland China, numerous Kungfu miracles performed as the up-growth of Songshan Shaolin, Huashan School, Wudangshan School and so on. This story happened in an old temple. An innocent monk went into the high-level life status through kungfu exercise and Zen-meditation. The whole storyline was concentrated in the narration of an eternal focus on growth and hardship. 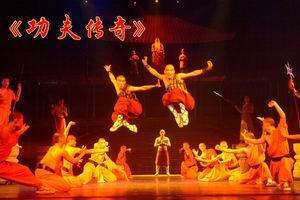 ·Scene one: Edification. Saying goodbye to mother, infant was initiated into the monkhood and buddhistically named "Chunyi".

·Scene two: Skill-Learning. The childish monk exercised hard in temple and his skills in Kungfu grew up as the time went. This child became a young the energetic martial monk.

·Scene Three: Densely Training. After many-year learning and practice, Chunyi became a gold body that could directly shelter from the hit of spear or sword.

·Scene Four: Sifan, on the growing road, the largest barrier was from the heart itself. The young monk in adolescence can not stop his imagination on female. He pursued for the fantastic fairy and can not for self-cultivation any more.

·Scene Five: Auto-wall-facing for getting out from the desire caused by the earthly world.

·Scene Six: Chunyi finally conquered himself and fought against his peers and lastly succeeded in fighting.

·Scene Seven: several years later, Chunyi came back to temple via his masters calling-on. And his master died, he became the new master of the temple.

Since 2006, this performance was played in red theater and hotly welcomed by audiences at home and abroad. Some visitors said it was worth Beijing trip despite of just enjoying this performance. It has become one of the glistering attractions in Beijing tour.