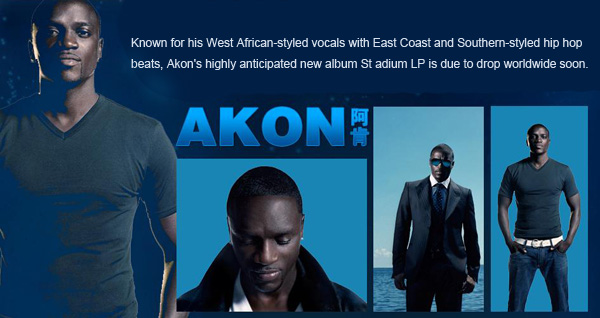 MasterCard presents multi-platinum R&B Superstar, Akon live in Beijing. The one-night-only concert is to be held on November 4th. Akon’s China debut is Beijing’s must see event of the year.

With 40 Billboard Top 100 songs and guest appearances with over 300 megastars, Akon’s China debut is Beijing’s must see event of the year. Known for his West African-styled vocals with East Coast and Southern-styled hip hop beats, Akon's highly anticipated new album Stadium LP is due to drop worldwide soon. The first single "Angel", debuted during his performance at Victoria's Secret Fashion Show and is currently featured in their new television commercial for the Dream Angels Forever campaign. 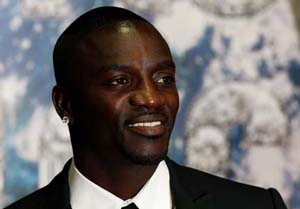 More than just a singer, Akon is a successful entrepreneur and talented songwriter/producer. His own record labels, KonLive and Konvict, launched the career of none other than global icon Lady Gaga and he was working closely with Michael Jackson right up until his unexpected death. 'Hold My Hand' an R&B duet/collaboration between Akon and Michael Jackson, is the first official single from "Michael", a posthumous album of unreleased tracks by Jackson. "Mike is the King Of Pop, and I think that it's a dream come true for ANY major artist/songwriter/producer to be able to work with the best in the business,” said Akon in 2008. In honor of the late legend, Akon also released a tribute song called "Cry Out Of Joy."

In 2009, Akon turned his attention the Far East and produced the hit single and music video "Be with You" together with Taiwanese pop star Wilber Pan.